For over 35 years, On-Site Diesel Repair has specialized in the rebuilding, repair, maintenance, and survey of Caterpillar propulsion engines and power generation. Although we serviced a variety of pleasure craft of all sizes, a good portion of our business was with mega yachts powered with CAT 379’s, 398’s, 3400’s, & 3500 series engines. Majority of generator work was with CAT 3304, 3306 & 343 series. Larger customers included Merrill-Stevens Shipyard, Bradford Marine & Derecktors of Florida.

On-Site Diesel Repair has been conducting engine surveys from inception, but priority was always given to engine repair work. In 2001, we began to phase out the repair portion of the business and started putting emphasis on engine surveys. Repair work ceased by the end of 2003 and now emphasis is simply on engine surveys.

1977 to March 1984 – Worked for South Florida Caterpillar Dealer, Kelly Tractor Company. First two years were spent in the Engine Specialization Shop. I was involved in the rebuilding and dynamometer testing of Caterpillar® engines on a daily basis. Spent my remaining five years with Kelly Tractor as a Marine Field Mechanic and worked specifically on Caterpillar® marine diesel engines and marine generators. Also did engine surveys for Kelly Tractor clients.

1974 to 1976 – Attended the North Campus of Broward Community College. Graduated with an Associate of Arts Degree in Business Administration.

1972 to 1974 – Drafted by US Army while attending Arizona State University. Served as second engineer (oiler) on a landing craft (LCU). 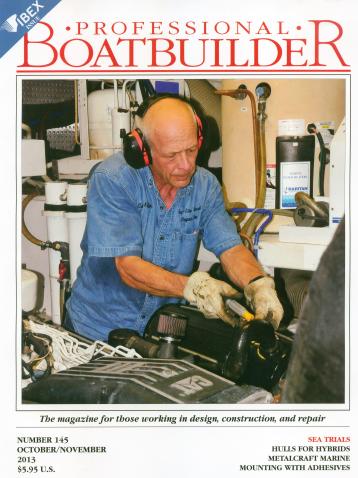